Our consultants are at the heart of what we do, and of all our projects, and we are lucky enough to count on a talented, experienced and growing team of professionals. If you think you have what it takes to work with us, please contact us for more information. 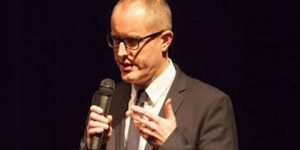 has been involved in English language teaching since 1989. He has held teaching, teacher training and academic management posts in the UK, Italy, Portugal and Spain. He currently teaches and trains teachers at UAB Languages Barcelona, part of the Autonomous University of Barcelona. He has a special interest in the use of film and video, and writes extensively about film and video in language education. He is the author of the methodology book on film in language teaching Film in Action (Delta Publishing).His website Film English http://film-english.com/ has won a British Council ELTons Award for Innovation in Teacher Resources, the most prestigious European media in education prize, the MEDEA Award, and an English-Speaking Union Award. Kieran is the founder and organiser of the only conference exclusively on the use of images in language teaching, The Image Conference. In addition, Kieran is the co-founder of the Visual Arts Circle http://visualartscircle.com/, a professional community of practice for language education professionals interested in the use of the visual arts in language teaching. He is also a Fellow of the Royal Society of Arts. You can find out more about Kieran and his work at his author website http://kierandonaghy.com/.