Current Projects show where we’re working at the moment, to give you an idea of the variety of areas we work in. If you’d like us for your project, please contact us to start the conversation. 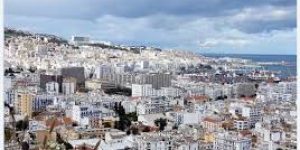 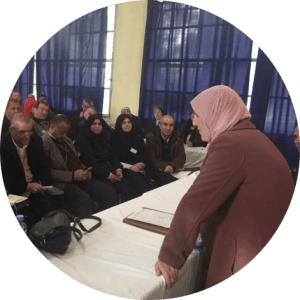 Transform ELT have been exemplary delivery partners on the British Council's Supporting School Reform in Algeria project. They have: delivered to time, quality and scope; been extremely flexible and accommodating in response to Ministry of National Education requests to tweak the focus of their ELT products and to deliver additional training; and have produced detailed and informative scoping study reports as well as insightful progress reports highlighting proposed delivery changes, risks and issues. Over the past two years their trainers have established excellent collaborative relationships with Algerian ELT inspectors resulting in the co-creation of training modules and accompanying manuals. A clear indication of the success of their work is the fact that the Ministry plan to adopt their ELT teaching modules and manuals, and to cascade them across Algeria, through Transform ELT trained inspectors

Between October 2017 and March 2020, a team of TransformELT consultants, led by Alan Pulverness and project managed by Sarah Mount, worked in close collaboration with the British Council and the Ministry of National Education in Algeria on the ELT strand of a project funded by the UK Foreign and Commonwealth Office. The Supporting School Reform Project is a result of the ongoing bilateral cooperation agreement between the UK and Algerian governments.

This was a capacity building initiative, informed by extensive needs analysis, and designed eventually to cascade new methodologies to teachers at middle and secondary schools throughout the country. The consultants worked with teams of school inspectors, who, in addition to quality assurance, are responsible for teachers’ professional development, to co-create cascade training manuals, drawing on both international best practice and local needs to develop approaches, strategies and outcomes that would work with and for the Algerian context.

As well as developing classroom practices, the first phase of inspector training, with a core group of around 70 inspectors, addressed coaching and mentoring skills, continuing professional development, approaches to peer observation, and professional challenges in the work of school inspectors. The second phase of the project involved a group of 30 secondary inspectors, and was aimed specifically at developing learners’ speaking skills, with a particular focus on language for STEM subjects. The most recent phase (20189-2020) focused on approaches to writing skills, again with an emphasis on written genres for STEM subjects, but also going beyond the curriculum to include creative writing as a means of enhancing self-expression.

The TransformELT team were also involved in planning, initiating and supervising the first level of cascade training, with inspectors acting as trainers to colleagues who will subsequently cascade their training to teachers of English in their local areas.

This short video, produced and edited entirely by a group of Algerian Master Trainers, encapsulates the training led online by a team of TransformELT consultants in March and April 2021 and the first stage of a subsequent cascade programme.